Showing posts from December, 2018
Show All

Who is a better Arsenal coach 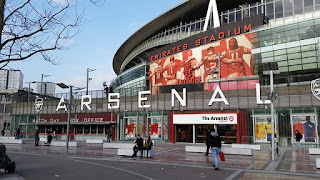 This article discusses the differences between Wenger's Arsenal football team and Emery's Arsenal football team.  At the time of the writing  this article Emery has only been in charge of coaching Arsenal for 11 months. The aim of the article is to find out if Emery has changed Arsenal for the better or if he has achieved better results than Wenger would have in his first 6 months of the English Premier League(EPL). Moreover, this is an instrument to measure the performance of the Emery. Unai Emery signed players First of all, it may be too early judge Emery having only been at Arsenal for 6 months. In spite of this, there has been a few notable changes by Emery. He has signed a 5 new players, Lucas Torreira ,  Bernd Leno ,  Sokratis Papastathopoulos ,  Matteo Guendouzi  and  Stephan Lichtsteiner. Emery has also released two players ,  Jack Wilshere  and  Santi Cazorla. Lucas Torreira (Uruguayan Pitball) has added some extra bite in the middle field which under Arse
Post a comment
Location: South Africa
Read more