Showing posts from January, 2019
Show All

By Freddy Kgapola January 22, 2019
Banyana Banyana Weakness ahead of the maiden Women's World Cup There is no doubt that Banyana Banyana are playing well.They have a number of superstars: Thembi Kgatlana Noko Matlou Janine van Wyk Linda Motlhalo Refiloe Jane The South African woman's national team are in good form after an unlucky loss at the African Women's Cup final. However, they still have weaknesses like any other team in the world. Physical Weaknesses Banyana Banyana players are short compared to North Africans and the Europian woman football team. Most of the key starting players in the team have a height of less than 1.6 meters. The banyana banyana players are also very lanky and are more suited to using speed than strength. Their biggest concern, is that goalkeeper Kylin Swart is only 1.65. Lack of keepers height can be used against South African women's team during set pieces and shot from outside the box. When the keeper is short, any short from outside of the box can b
Post a comment
Read more

Thembi Kgatlana - What makes her a quality football player 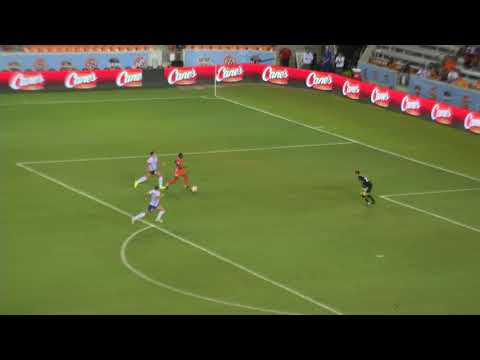 Tembi Kgatlana - What makes her a quality player Thembi Kgatlana is one of the greatest woman football players in South Africa (SA). At the Africa Women Cup of nations awards, the star player won the mammoth award of woman player of the year and goal of the year. The only other South African player whos won this award is Noko Matlou . However, no South Africa mens football player has won the award. Many South African fans would feel Benni McCathy  was unlucky to not win the award, when his site Porto lifted the UEFA Championship trophy in the 2003/04 season. Additionally, Thembi scored the goal that secured a place for Banyana Banyana in the FIFA Women's World Cup France 2019. The FIFA world cup 2019 will be the first time in Bayana Banyana's history their have qualified for this tournament. This article unpacks what make Thembi Kgatlana one of the best woman football players in the world. Thembi is that good, that Kaizer Chiefs fans were asking Kaizer Chiefs to sig
Post a comment
Location: South Africa
Read more 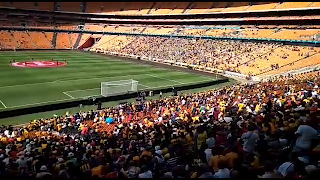 Kaizer Chiefs 1 vs Mamelodi Sundows 2 This article focuses on post match analysis of Kaizer Chiefs vs Mamelod Sundowns in the ABSA Premiership match. Firstly, in the pre-match interview  Pitso 'Jingles' Mosimane  said that the game was not a title decider but rather a bragging rights game for the supporters. Little did he know that Mamelodi Sundowns fans are going to have the bragging rights. Overall, Kaizer Chiefs "Amakhosi" were unlucky to lose the game. Formations of Kaizer Chiefs and Mamelodi Sundowns At the start of the game Chiefs were using 3-5-2 formation, with left and right wing back. While Sundowns used their normal 4-3-3 formation. In the first few minutes of the game Chiefs were disorganized and it was a battle to see what formation they were using. Second half, Chiefs changed to a 4-3-3, with Parker on the right wing after Ntiya-Ntiya found himself in good positions in the first half but failed to cross the ball into the box ( .i.e. Posi
Post a comment
Read more
More posts