COVID-19 Stops Football Except in Belarus

By Freddy Kgapola April 20, 2020
Many people may not know about a small county in Europe called Belarus which has a population of about 9.485 million. Belarus has stunned the world by continuing to host football matches amid the coronavirus outbreak. In spite of coronavirus racking havoc in Europe. As of the 4th of April 2020, the virus has resulted in 20 465 deaths in Italy, 17 756 deaths in Spain, 14 967 in France and 11 329 in the UK according to the Worldometer website. 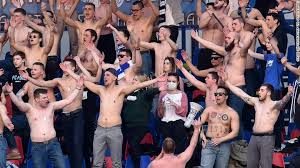 Belarus shares borders with Russia, Poland, Ukraine, Lithuania and Latvia. Russia has been one of the countries that have underestimated the coronavirus and were late in the implementation of social distancing guidelines recommended by the World Health Organization. Additionally, reporters believe that Russia is under-reporting confirmed cases and deaths due to coronavirus. As of the 14th of April 2020, Russia has 21 102 confirmed cases and 170 deaths from coronavirus. This places Russia 15th on the list of countries most affected by the coronavirus. This should signal red flags for neighboring countries of Russia such as Belarus.

Belarus has 2 919 confirmed cases and 29 deaths. South Africa has 27 deaths and is currently under 21 day lockdown which has been extended by 2 weeks! Along with many other countries in Africa and across the world. Unbelievably Belarus has kept football running besides overwhelming evidence to shutdown football. Unlike Italy in the beginning stages of the coronavirus outbreak, Belarus is not playing matches without football fans! The Italian strategy was stopped when they found players, officials and staff to be infecting one another and this resulted in football players in Italy being the most affected by the coronavirus.

On Monday 13 April 2020, Slavia and Ruh Brest played to a goalless draw in the Belarus Premier League. In this match, players were shaking hands in spite of the EPL banning handshakes in march before closing the league indefinitely. As well as Absa Premiership Soccer League. Football fans attended the match some with masks but most without masks.  In the below video, you can also see ball boys and cheerleaders present at the games. The Belarusian premier league kicked off on the 19th of march and the 16 teams have since played 4 games each.

Why do you think Belarus is continuing to allow football matches in their country? Please leave comments below.