By Freddy Kgapola January 15, 2021
Long passing is one of the most intrinsic skills required by all football players and it is the difference between good middle fielders and great middle fielders. However, log passing is still a skill that eludes most football professional players in the world. Long passing is a difficult skill to master and it is even more difficult to execute under pressure.
Middle fielders that can execute long passes give the attacking team a big advantage, they can move the ball from defensive half to attacking half with one pass. Especially now that modern football makes use of overlapping fullbacks, this means that they are always spaces behind the defenders that can be exploited.
The greatest long passers don't just kick the ball forward in the air hoping for tall strikers to win the ball. They look for the runner or player in space to pass the ball to!
The list below shows top 5 greatest long passers the game has ever seen: 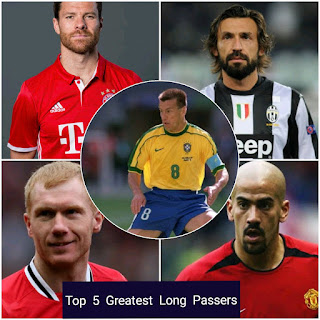 The greatest long passer of the ball; has the ability to make long passing look simple. The world cup winning captain was known for making long passes look simple. The speedy and skillful Brazilian wingers and strikers were well supplied by Dunga. Dunga was also known for making long passes with the outside and inside of his right foot. Ironically Dunga was not a fan favourite in Brazil because of his long passes. The samba nation wanted to see, short combination passes with silky skills from the back to the front instead of a route one a ball to the strikers.
Goal Assists: Not recorded

The Italian long pass master, Pirlo. His passing was simply unbelievable! Pirlo played for AC Milan and Juventus, were he was the playmaker and also had defensive duties. Andrea Pirlo retired at age 38 in 2017, at age which is very rare for defensive middle fielders, this shows how brilliant his passing was. Many of his passes were often trough passes which showed the unbelievable accuracy and talent in his right foot.
According to Transfer Market Website, Pirlo had 120 goal assists and 73 goals throughout his career. Adrea Pirlo has the most goal assists of the top 5 greatest long passers.
Xavi Alonso is second in the list of top 5 greatest long passers of the ball because he could pass with both feet which makes him comparable to no other except that Dunga could long pass with the outside and inside of his right foot. Dunga made it look easy and beautiful. Unfortunately, Dunga's statistics were not collected.
Goal Assists: 120

Paul Scholes is one of the greatest long passers of the ball to wear the famous Manchester United jersey. Unlike Dunga and Xavi Alonso, Scholes played a more attacking role in the middle field but later in his career, Sir Alex Ferguson moved him to a more defensive role; his long passing ability surely must have been one of the factors that influenced his manager's decision.
Due to being an attacking middle fielder it is not surprising when we look at Paul's stats to find he has scored more Premier League goals (107) than assists (55). Overall according to Transfer Market Website he assisted in 73 goals throughout his career.
Goal Assists: 73

Juan Sabestian Veron had an unbelievable passing range and an eye for defense splitting passes. Additionally, to add to his unbelievable long passing game, he was very skillful and was once rated one of the best middle fielders in the world.
According to Transfer Market Website, Veron had 67 goals and 70 goal assists throughout his football career.

Ads
Click image below to get more information about the product. 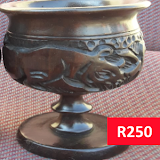 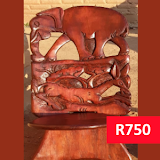 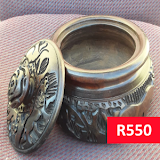 Who else do you think deserves to be included in this list? Please leave you comments below.
Dunga Pele Pirlo Sebastian Veron Xavi Alonso
Location: South Africa