Showing posts from August, 2020
Show All

The prominent Transnet Football School of Excellence hosted soccer trials on the 18 th  of January 2020. This year's soccer trials were the most attended, as thousands of young footballers gathered to show off their talent and hopefully book a place in the illustrious school. This is due to the ability of the school producing the best football talent in South Africa (SA) such as Steven Pienaar , Bernard Parker , and Phakamani Mahlambi  one of its latest exports. The Transnet Football School of Excellence was looking for youngsters born in the years 2006, 2007 and 2008 to fill their grade 8 class of 2020. The boarding school only accommodates 120 students and there was only space for 20 other children.  Trials were held late this year due to financial challenges said one of the employees at the school! This did not deter parents and their children. Parents, guardians (.i.e. local coaches) and children came in their numbers. Queues for trials started inside the school and end
4 comments
Location: South Africa
Read more 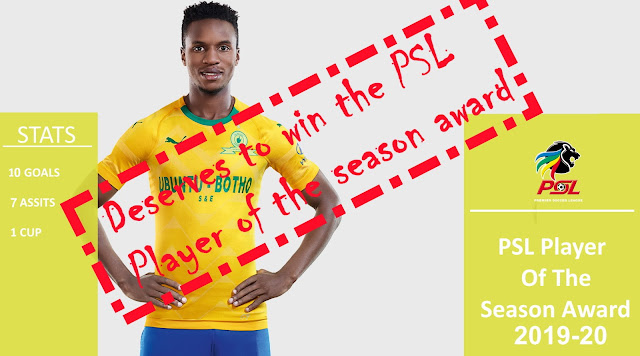 Themba "Mshishi" Zwane narrowly lost out in winning the most illustrious football award in South African football in 2019 after Lorch won the PSL football player of the year award. Read: 5 reasons why PSL 2019-20 season may be canceled In the 2019-20 PSL season, Mshishi has been outstanding and the number one candidate for the PSL football player of the year award. Last season Lorch won the precious award after scoring 13 goals across all competitions(9 in the PSL league and 4 in the Telkom Knockout), and assisting in 8 goals, and helping his team reach the final of the Telkom Knockout Cup Final and finishing second on the log. This season, Mshishi has won the Telkom Knockout Cup, scored 10 goals in all PSL competitions(9 in the PSL league and 1 in the MTN 8), and assisted in 7 goals. Additionally, Mamelodi Sundowns is second on the log and has 9 games remaining. Sundowns is in a good position to win the 2019-20 PSL league and the Nedbank Cup. Zwane has sc
Post a comment
Location: South Africa
Read more 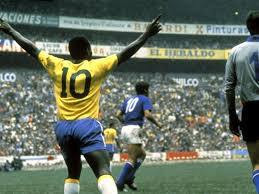 A modern day number 10 must be able to defend and attack equally well! The is less emphasis placed on flair, silky skills, ability to make a pass that no one else can see, incredible ball control in tight spaces, and the ability to dribble past defenders with ease. Pelé, Di Stefano, Maradona, Zedan, Ronaldinho, Bergkamp, and Baggio were all known for making football the beautiful game, they all played the illustrious number 10 position as well as wore the famous number 10 jersey. Modern day football Modern day football tactics are eradicating the once glamorous position in world football. Many tacticians are preferring players with defensive attributes rather than creative players who can not defend or who are not willing to defend. A clear example is what is happening to Ozil at Arsenal . Arsenal coaches Arteta, Emre, and even the great  Wenger at the later part of his career at Arsenal saw the German playmaker relegated to the bench. The tactical decision that keeps Ozil
Post a comment
Location: South Africa
Read more

Who will win the sprint for the ABSA Premiership 2019-20 season: kaizer Chiefs Or Sundowns Or Pirates 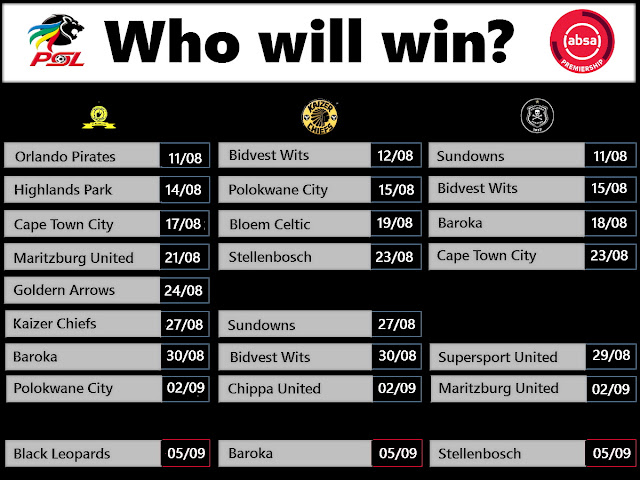 Finally, after waiting for over 4 months the ABSA Premiership kicks off on the 11 of August 2020. All other leagues around the world have been completed but unlike European countries, South Africa is only seeing its COVID-19 peek now in August and September which shows that we are really lucky to have football. European countries started their leagues when the virus infections and deaths were reducing but SA starts when the numbers are increasing! For example, Germany had their COVID-19 peak in April, their infection rate and deaths have been low since 27th of April 2020. Kaizer Chiefs currently lead the log with 4 points while their Pretoria rivals, Mamelodi Sundowns are in second place with 1 game in hand. Kaizer Chiefs and Sundowns are playing on the 27 of August 2020. This game will be a crucial game for both teams, whoever wins this game will gain a huge advantage. This will be regarded as a 6 point game. Kaizer Chiefs have 8 games to play and Mamelodi Sundowns have 9 games to pl
Post a comment
Location: South Africa
Read more
More posts