MTN 8 - Football competition in the PSL

The MTN 8 is a football competition in South African PSL. The competition was first initiated in 1972 and has had 3 different sponsorships since its inception: (1) BP (2) SAA and (3) MTN. MTN is the current sponsor and has been sponsoring the completion since 2008.

The MTN 8 is competed by the top 8 teams of the previous season PSL season. 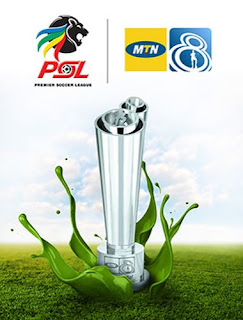 The 2020 MTN 8 competition saw Mamelodi Sundowns, Kaizer Chiefs, Orlando Pirates, Supersport United, Cape Town City, TTM, Maritzburg United and Bloemfontein Celtic contend for the illustrious trophy.
Mamelodi Sundowns who were the favourites of the tournament were knockout by Bloemfontein Celtic in first round. Unbeleivably Sundowns have never won the MTN 8 and last won the SAA Super 8 in 2007.

The MTN 8 will see Kaizer Chiefs versus Orlando Pirantes and Supersport United versus Bloemfontein Celtic.
Both Pirates and Chiefs have last lifted a trophy 6 years ago. Bloemfontein have only ever won one trophy in their history in 2005. Paul Doleza was the coach that brought them glory in the SAA Super 8.

Top Goalscorer
Yagan Sasman and Mogakolodi Ngele are the top goalscorers with 2 goals.
Team which have Won the most MTN 8 trophies
Kaizer Chiefs, Orlando Pirates and Supersport United have all won 2 trophies. However, should one of these team win the 2020 MTN 8 they will become the team with the leading MTN 8 trophies.
Quickest Goal scored
The quickest goal was scored by Bradley Grobler against TTM. Grobler took 8 minutes to put the ball in the back of the net.