South Africa has some of the world’s most beautiful stadiums but which one is the absolute best? In this series, we will cover everything you need to know about your favorite stadium one by one starting with the majestic Moses Mabhida stadium (MMS). 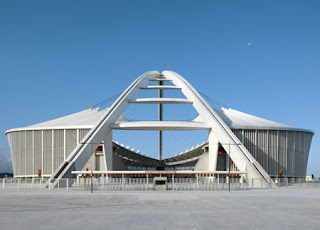 The elegant stadium was built as a venue for the world cup, Moses Mabhida stadium was originally a 70 000 capacity venue but was reduced to a 56 000 capacity venue after the world cup by removing the 3rd of the structure. It officially opened in November 2009 on the 29th with a match between Amazulu FC and Maritzburg United which made Maritzburg United the first ever team to register a win at the venue when they beat Amazulu FC by a goal to nil. The ice white beauty also hosted the first round of 16 match up in the very first world cup on African soil when the Netherlands thumped Slovakia 2-1 and later, the semi-final between Spain and Germany. Spain won the semi-final and went on to lift the FIFA World Cup for the first time in their history. 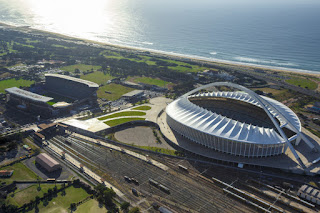 But Moses Mabhida is much more than just a big, beautiful, white stadium. Did you know that Moses Mabhida is also a tourist destination hosting tours of the change rooms, grounds, facilities and even art gallery? Did you know that the famous MMS arch is in the shape of a Y in honor of the South African flag? The Y arch is approximately 106-meter-high and hold up a Teflon-coated glass membrane roof. It is also one the stadiums major attractions. A sky car runs up and down the arch to the very highest point where one can swing down over the pitch from the “big swing”! 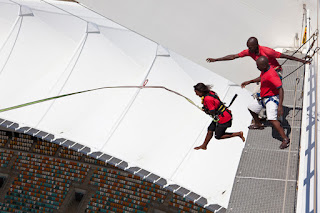 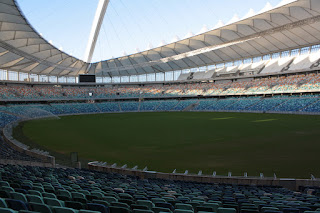