Victor Gomes is not shy of giving penalties and he has given 96 in total.

One of the best referees in the PSL has awarded 886 yellow cards in 269 games. An average of 3 yellow cards a game. 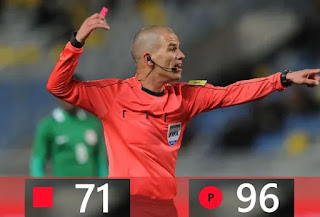