São Tomé and Príncipe is the second smallest country in Africa, the country is made up of 2 islands in Gulf of Guinea - West Africa. São Tomé and Príncipe closest neighbors are: (1) Gabon, (2)Equatorial Guinea, (3) Cameroon and (4) Ghana. The island country has a population of an estimate of 211 028 according World Bank.

Facts about São Tomé and Príncipe 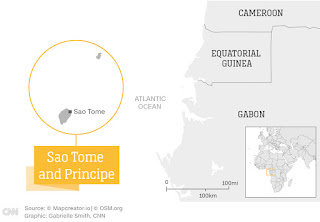 The football minnows have qualified to play the African Cup of Nations 2021 Qualifications by beating another small island nation - Mauritius 5-2 on aggregate. They have been drawn in a tough group with: (1) South Africa, (2) Ghana, and (3) Sudan. Currently, they have played 3 matches and lost all matches but surprisingly have not scored a goal. In their 4th match in the group, São Tomé and Príncipe at least manage to score 2 goals against Bafana Bafana eventhough they lost the game. The Falcons and True Parrots are the only team in the group qualification rounds to not achieve even a single point. The Afcon 2021 Qualification consists of 12 groups and total of 48 teams, fighting for 24 spots. In each group, 2 teams will qualify to attend the prestigious African Cup of Nations 2021. However, if the host nation in your group and only the best placed team will qualify together with the host nation.
Most of the players from Sao Tome and Principe play in lower leagues in Europe. 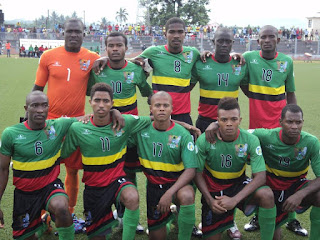 Luis Leal is their best player. Luis Leal currently plays in Mexico as a striker for Club Tijuana. Luis wears jersey number 10. He plays for Club Tijuana in the top division in Mexico. In his career, he has played for 16 teams. Leal has done well for his national team, scoring 6 goals in 17 games.